Before beginning to talk about the history and the characteristics of the Salento rosè wines, it would be more correct to speak in general about rosé wine, in Italy and in the world. Rosé wine is little known and generally its consideration among the general public is very low. 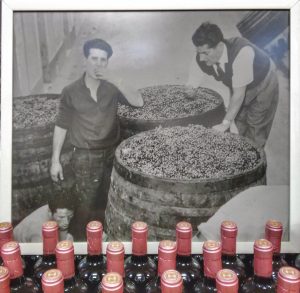 Suffice it to think that it is still common today that it is obtained by mixing red and white wine, or that it is a waste product of the noblest winemaking of red wine. Rosé wine has been snubbed for years by the same producers, often obtained from unprofitable grapes or obtained by the technique of the blast with the aim of producing quality reds. In recent times, thanks to the rediscovery of native vines, traditional processing and the rediscovery of historic cellars, the rosé is coming from the confines of a gray area where it often represented the bulk to be put on the table for the daily meal and Cut his slice into the wine market.

Rosé wine actually has a historic and cultural dignity even more important and prestigious than red wine, and when it is worked correctly it has a higher intrinsic quality of red or white wine. Indeed, if we go to check consumption worldwide, we find that the biggest consumers of pink wine are the French and Americans who 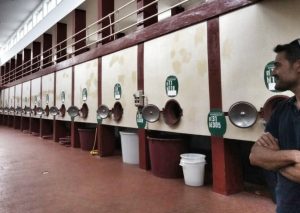 are the most educated people in terms of knowledge and consumption conscious of wine. In this scenario, Salento’s rosè wine is dominated by competition, given its peculiar organoleptic characteristics, given its millenary history behind it and given its cultural and social ties with its territory origin. The history of Salento rosè wine is ancient and meaningful and is linked to the production technique that allows it to be obtained. This technique is called “Vinification in Lacrima” and is an ancient technique of millennia since it was already used by ancient Romans to produce wine. Rosato Salentino is also synonymous with Negroamaro, the grape used to give shape and body to the wonderful wines of this land. Negroamaro is an ancient vine that is grown today only in Salento in a very large area that includes almost all the two provinces of Lecce and Brindisi.

The origin of this vine is attributable to the old “ILLIRIA” from which it would have come to Puglia at the time of Greek colonization that had led to “MAGNA GRECIA”. And besid 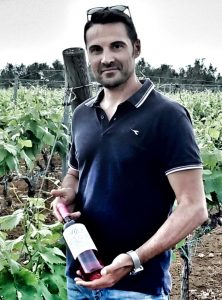 es bringing the vine and its cultivation in Salento, it was probably always the Greek colonists who taught Salento’s peasants how to obtain the first wines produced with the “LACRIMA” system, subtly pressing the black grapes harvested in sacks , So that they “tear” and pick up the flower must, without further touching the skins. We can say then that oenology in Salento, Apulia and Italy is probably born with the production of rosé wines, and then this production was transmitted to the ancient Romans when they came into contact with the Salentine populations and in any case with the Salento colonies of Magna Grecia. With the Romans we have the first written traces of the vinification technique in Lacrima, with Plinio defining the virgin must or must flower with the term “Protropum” and Lucio Columella very appropriately defined as “Mostum Lixivium”. From the time of the Romans up to the nineteenth century The grapes that were pre-pressed were stored in the “Forum Vinarum” or “Calcatorium” where they underwent a natural compression, resulting in a natural outflow of must that was called fermented tear. 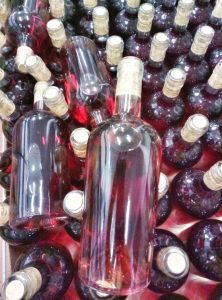 r family self-consumption by families, peasants and rural bourgeoisie. So we can conclude from incontrovertible historical data that Salento’s rosé is essentially the putative father of modern enology. The amazing thing is that many Salento wine cellars continue to continue the traditional production of rosé in Lacrima in the present time by obtaining low yield products using about 30% of the must, but with quality a color a sapidity freshness and an extraordinary taste. To conclude the present technique for the production of rosè wine with Lacrima processing, it is expected that grapes will be squeezed by gravity of Negroamaro grapes generally placed in stainless steel containers or more typically in Salento in large vitrified cement tanks. The first wort that begins to shed by gravity, or typically flower, 25-30% of the total is harvested up to the time of the “Alzata di Cappello”, typically within 24 hours, and then fermented at a controlled temperature of about 18°. Thus, this process involves only the best part of the must, the clear coral pink obtained from the lacrimation, destined for the fermentation of the rose wine, while the rest of the must is considered as a waste material. In contrast to traditional French processing, rosé wine is produced by the technique of the salami where a portion of the must is picked up during red wine making to give more body to red wines. Hence the remarkable difference in Rosè vision. Main wine in Salento and waste wine in France.

Actually the Salento companies producing the excellent rosé with Lacrima method are:

Who is and what makes the somm...

Once upon a time, a long time ago in the heart of the deep south of Italy a land rich in history and wine culture….

The winery Michele Calò e Figli, was born from the work, passion and the commitment of the founder Michele Calò. Now, after the death of its…