The winery Michele Calò e Figli, was born from the work, passion and the commitment of the founder Michele Calò. Now, after the death of its founder, it is carried on with the same passion and commitment by his sons Fernando and Giovanni Calò. They are the second Calò generation, that following  father’s footsteps, are helping to make the cellar one of the most representative cellar of the rich Salento territory.

The story of the founder is made of migration,sacrifice, and  work abroad. In fact, during the postwar, the crisis prompted him to emigrate to France, like many others, to work in the mines. He reached a decent amount of money ,so he decided to invest in the land where he was born, in production and marketing of wine. At the beginning, its main market was the Lombardia, Milan and its hinterland, where she sold bulk wine, own or purchased by others.

At that time, in faraway Milan, Michele Calò with his wines, pride of their land, Negroamaro, black Malvasia, Primitivo and Verdeca, helped to make people feel less 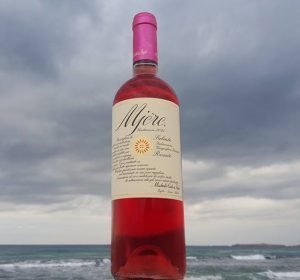 distant from home, many emigrants of Puglia and Salento also enhancing the wines and grapes that  normally were used as cutting products, for the most famous, renowned and famous wines of northern Italy. With this philosophy born  the cellar Michele Calò e Figli, which since 1954 has its production center in Tuglie, in the province of Lecce. A company that has always been committed to defend and preserve the wine heritage of Salento, from the enhancement of the traditional system “alberello” that only here can give grapes so special and so unique.

Calò story  speaks of passion, commitment, perseverance and sacrifice. But also of love for their land. A love that can be found in wines produced in Calò cellar with knowledge and experience that enhance to transform what the land of Salento offers generously. Wines that give to those who taste them strong emotions. Emotions that start from the grapes, which in the lower Salento vineyards, enjoy the minerality that gives the characteristic red earth, the freshness of the tramontana, north wind whipping the row, the sea breeze that gives flavor, and finally all the strength and heat from the sun that beats strong and implacable making the grapes so sweet and ripe.

Indelibly sign written on their labels, with names evocative of red, rosé and white as Mjere, from “mieru” word of the Salento dialect that indicates precisely the term wine, and then as Cerasa name given to a wonderful pink, which always in Salento means cherry.Another example is then also the Grecantico wine, which tells the ancient origins of negroamaro grape. And then there is the logo of Michele Calò e Figli celebrating the rose window of the beautiful Santa Croce, a symbol of the company, yes, but also a symbol of Leccese Baroque style flourished in Salento.

Wines so connected to the territory of Salento, from where they draw their incomparable strength and body, and also the inimitable style. 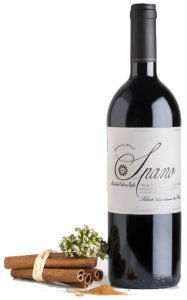 A further step forward that this company has made with respect to the rest of Salento wine companies was to believe in the potential of Negroamaro as wine aging. Since 1986, it has begun to produce Spano, a Negroamaro which is produced only in the best years, using only grapes from the town of Sannicola. The production of this wine is the result of the will to create starting from our beautiful land a great red wine, with extraordinary strength and complexity, with great intensity and unmistakable typical characteristics that were suitable for long aging.

This is to fill the gap that has always separated the relatively young viticulture of Salento from reality more structured and emblazoned red by aging French and northern Italy.

A cellar, Michele Calò e Figli that needs to be discovered as their products, elegant wines, but with a strong personality, the fruit of the culture and tradition. Red, white and especially rosé  stand out from the crowd for quality, uniqueness and for their character,sometimes a bit sour but sincere, like that of the earth from which they came.

Once upon a time, a long time ago in the heart of the deep south of Italy a land rich in history and wine culture….

Before beginning to talk about the history and the characteristics of the Salento rosè wines, it would be more correct to speak in general about…